Skins will make your heroes look appear differently than their stock appearance and will help you to customize your hero roaster in AFK Arena.

In this article you find all the available skins in AFK Arena as well as the info how to unlock them.

Here you will find a frequently updated list of all the available hero skins in AFK Arena. With patch 1.38 there’s a new skin for Lyca Glade Keeper along with her rework and it only says it’s available from the Wardrobe feature, which seems to not be unlocked so far, so there’s no way to unlock it at the moment I’m writing this.

Tasi’s Spring Bloom skin is available during the One Anniversary Event in April 2020. 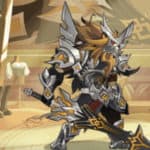 Brutus’ Blazefury skin was the first-ever released hero skin in AFK Arena in January 2020. It was temporarily available in the Heroes Assembly Event during January that required gathering 30 epics over the course of a couple of weeks to unlock.

There’s no info out there when or if this skin will become available again at some point in the future.

During the test period, there was also a stat benefit connected to the hero skins, as you can see. With the official release of hero skins, the developers have removed that so that skins are only an optical feature, at least for now.

There’s no official statement if or when hero skins will get additional stats.

You can find the skins when you are in your heroes’ info tab and next to the skills you will find a button called “skins” – there you can change the skins and see the available skins for each hero. 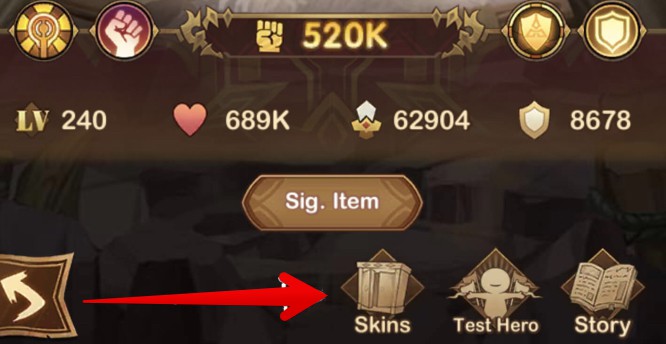 This menu tab only appears once there’s a skin available for that hero.