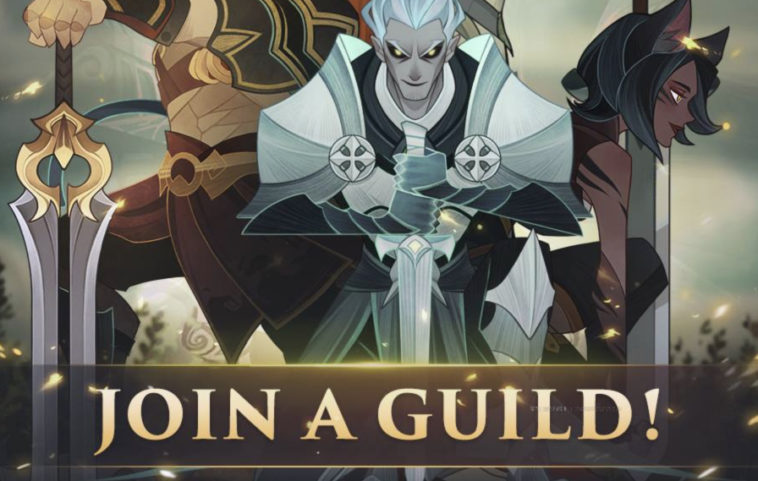 In every mobile game, guilds play some role. In AFK Arena there are also guilds but they actually play not such a big role as in other games. Still, having an active guild will get you a better progress.

When looking at the “Search Guild” screen in the game app, you very fast notice that you have no option to filter guilds there for activity level and most of the guilds you see there are pretty much inactive with only a handful of active players in it.

Why An Active Guild In AFK Arena?

Well, you don’t have much interaction points with your guild members in AFK Arena when we take a look at the game-relevant things (yes, chat is not game-relevant in that case).

Unless there are events that require your guild to be active (like the second part of Midwinter Feast or Guild War), the only real thing is how many Guild Activity Points your guild earns and how often you can attack Soren in the Guild Hunt.

So, the higher level the guild and the more members are contributing activity points, the more frequently you can attack Soren and get Guild Points, that you can trade in for high-level gear.

If you think this is not that important take a look at this basic calculation:

When you’re in Guild A, you will be able to attack Soren every 18 days (100 points max per player per day) – in Guild B you can attack him every 3-4 days.

Now let’s say you get 1,000 Guild Points from each attack and you can do 3 of them in your VIP level (some average numbers) – that’s 5-6 times more points in Guild B! Translating into 18k more Guild Points for the Guild Store in the same amount of time (18 days). That’s more than half a mythic gear item!

You see, getting into an active guild is mandatory if you want to keep up with the progression 🙂

How To Get Into An Active Guild

As I said in the beginning, the basic guild search recommendations in AFK Arena are rubbish and they do only give you inactive guilds that are basically dead already with only 2-4 active members in it and many inactive players.

Here are some better options:

You can ask there and say you are searching for an active guild. You probably won’t find any high-end guild but guilds looking actively there for active players are a good sign and will give you a way better option than simply joining a guild that you get recommended in the search function.

The AFK Arena subreddit is normally quite helpful – you will find several recruiting posts there and you can also post one when you search a guild. I really like looking there and can recommend it – click here.

Here is a group where you can find a guild or post your profile to get recruited on Facebook.